This incredible location offers breathtaking bay and skyline views making it a world class outdoor venue. The Shell has a flexible seating capacity that enables it to host between 2,000 and 10,000 attendees per event. 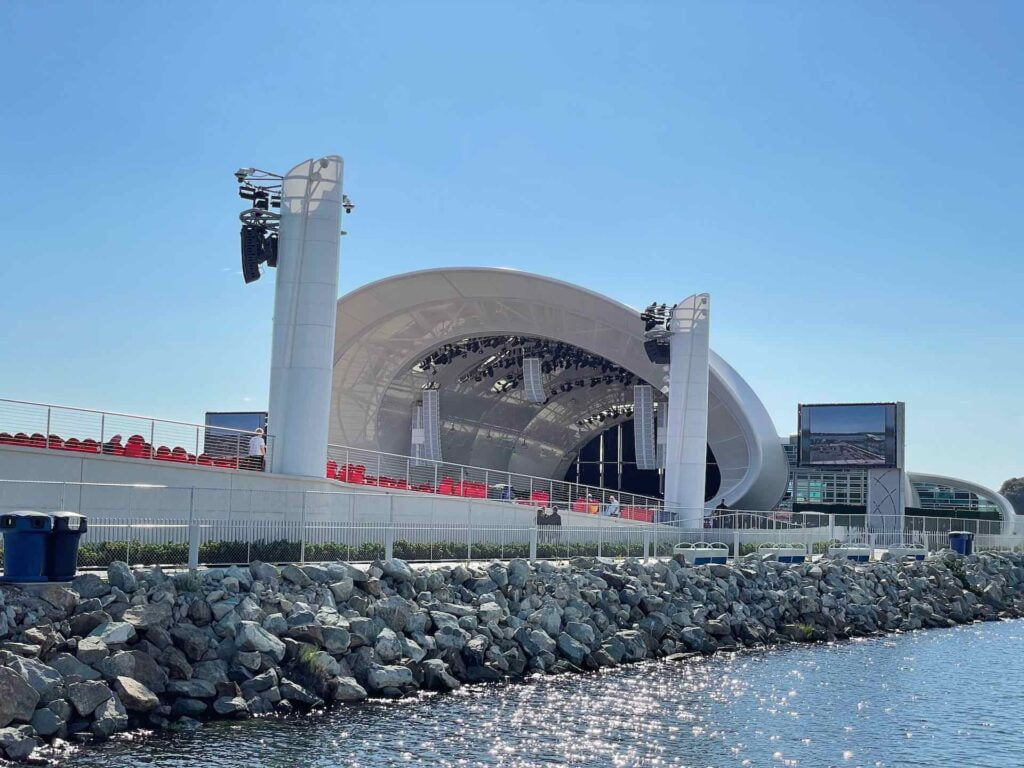 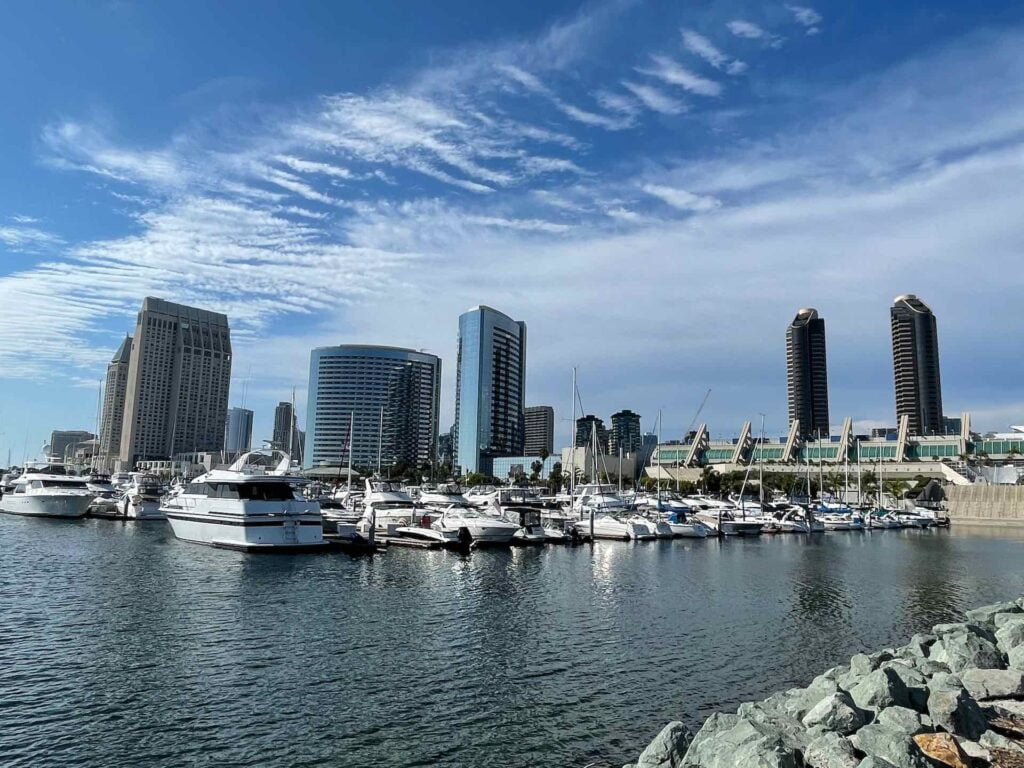 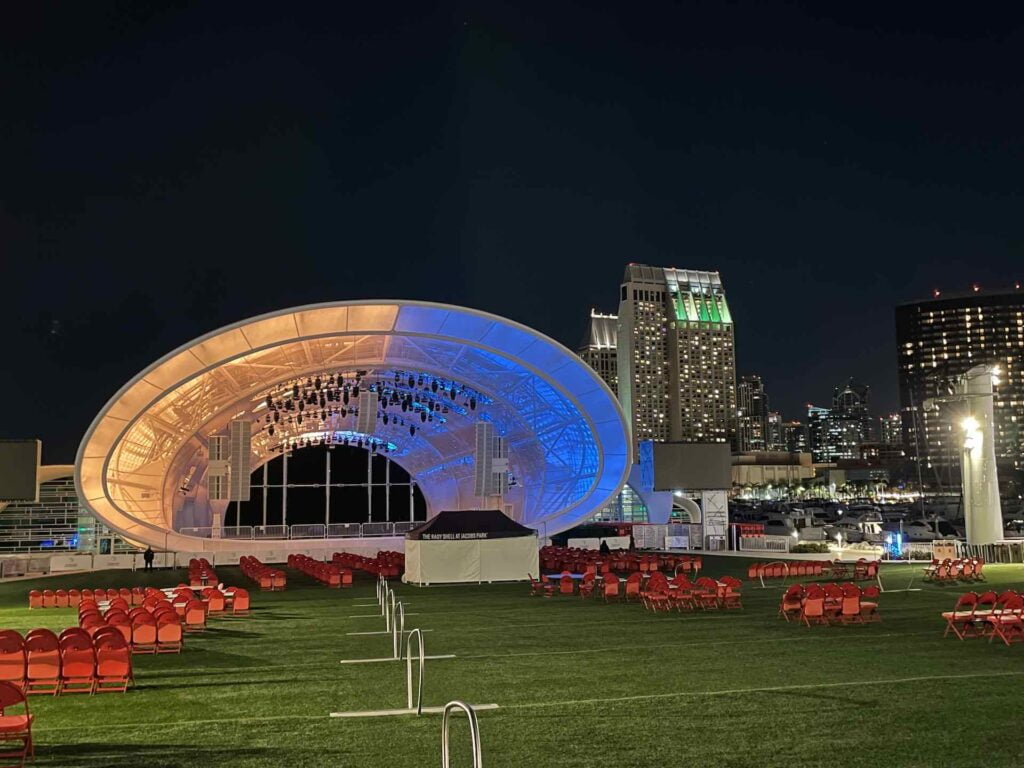 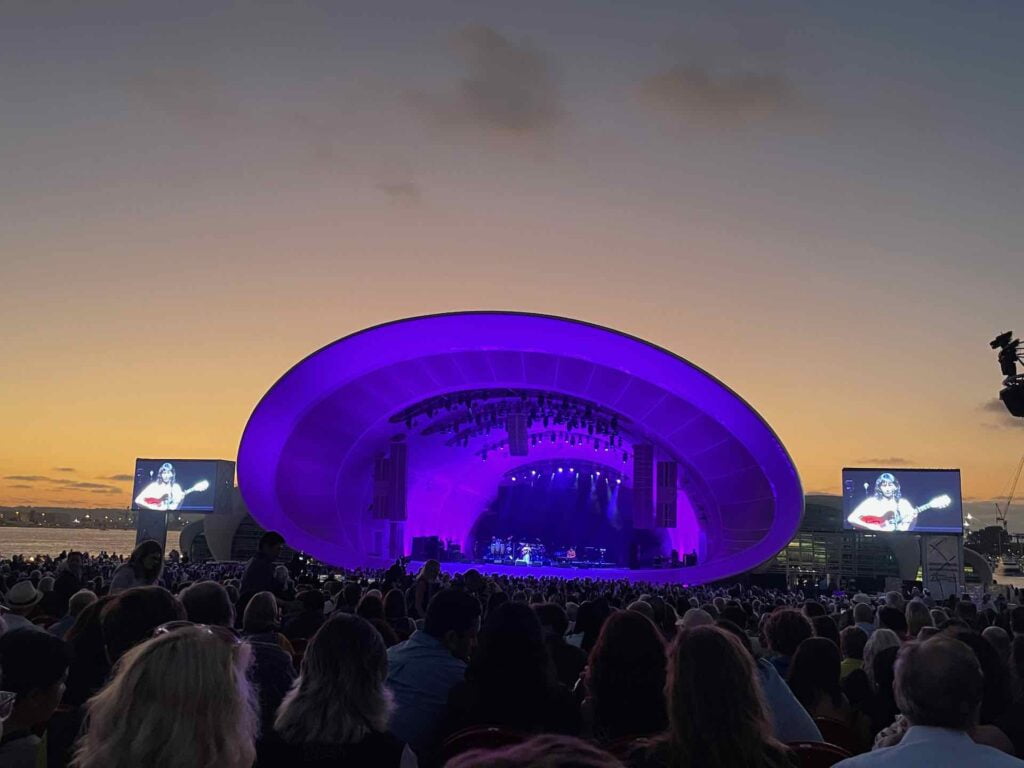 The new venue boasts a 13,015-square-foot outdoor stage, ensconced by a 57-foot steel shell that measures 33,000 square feet, weighs 270,000 pounds and is covered with two layers of a white, PVC-like fabric. Its appearance may remind some concertgoers of a more intimate version of the iconic Hollywood Bowl, relocated to a panoramic bayside setting.

In addition to its permanent new stage, The Shell features backstage dressing rooms with showers, an on-site music library to house the musical scores performed by the orchestra, a VIP lounge, and more.

The rear of the stage area includes a 5,445-square-foot public viewing deck with concrete steps. The site also offers a building with a permanent, 68-stall restroom, part of which will be open year-round to the public. The concert site will also be rented out, be it for private functions, groups meeting at the adjacent San Diego Convention Center or other events. 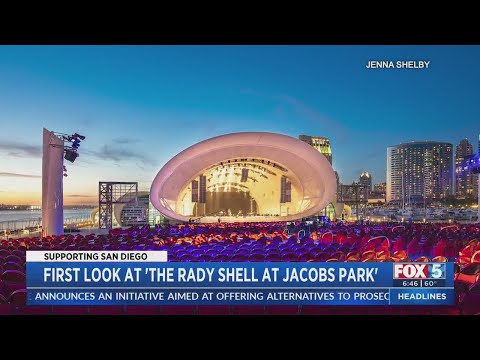