Update October 2012: On September 18th 2012 the Port of San Diego and the city celebrated the opening of Ruocco Park on San Diego’s bay front. More than 150 people gathered for this special celebration including city, county and port officials.

The Ruocco Park is located on 3.3 acres along the San Diego Waterfront, next to Seaport Village, west of Pacific Highway and South of Harbor Drive. It is placed where the former Harbor Seafood Mart and parking lot where located.

Ruocco Park is an open green space that integrates the use of hardscape, ornamental horticulture and art. It will serve as a space for people to enjoy the beautiful San Diego waterfront. Together with the planned San Diego County Administration Center Waterfront Park they add more than 11 acres of green space to San Diego’s waterfront.

From a lifestyle perspective those that will take the most advantage of Ruocco Park will be those living in closest proximity to the park and includes buildings in the Columbia (waterfront) District and the Marina District of Downtown San Diego.  Park Place is the closest luxury high rise building to the park followed by Electra.

The Ruocco Park was funded through private-public partnership with funds provided by the San Diego Port and the Lloyd and Ilse Ruocco fund administered by The San Diego Foundation.

Below is a quick video from the Port of San Diego featuring the Ruocco Park. 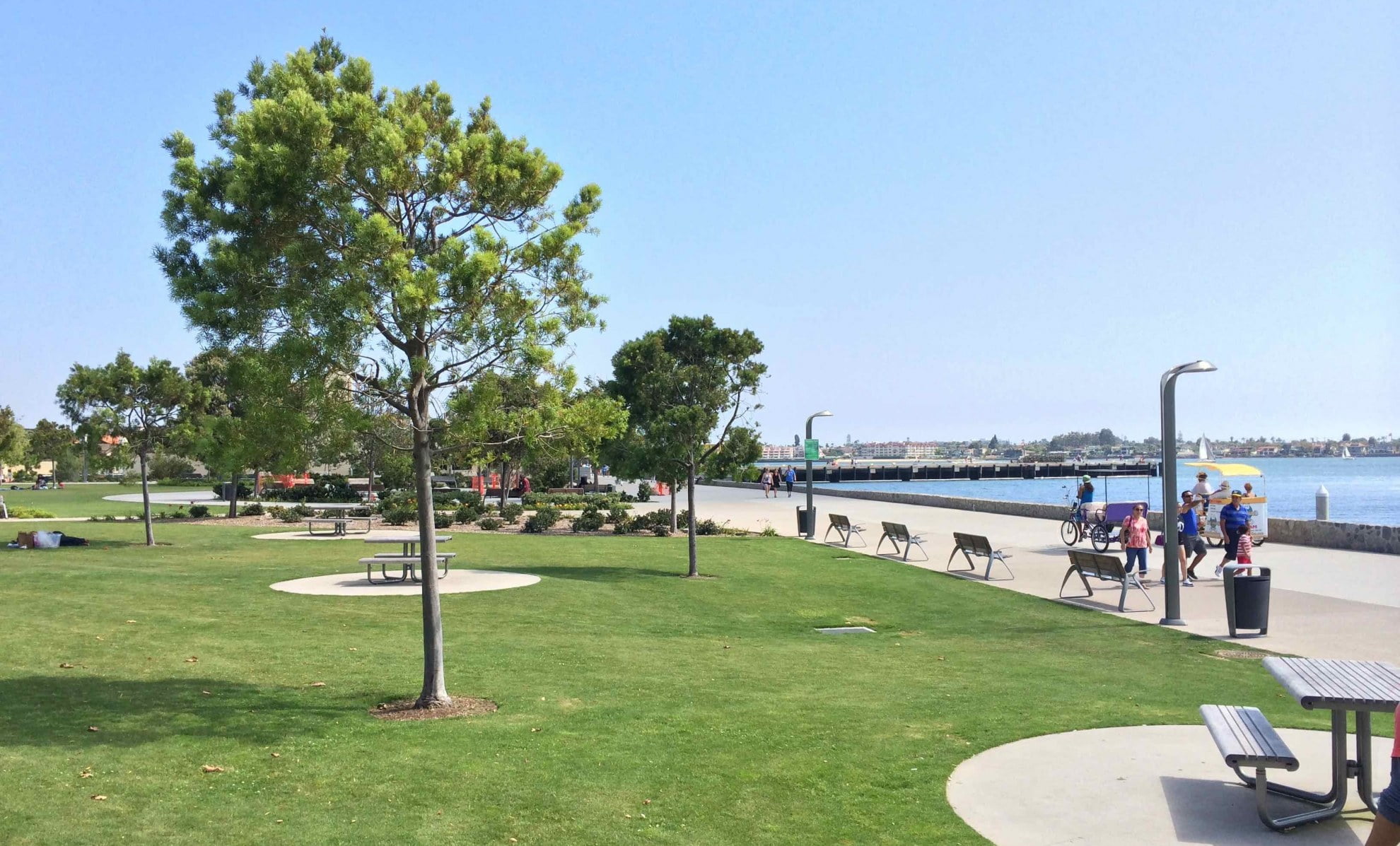